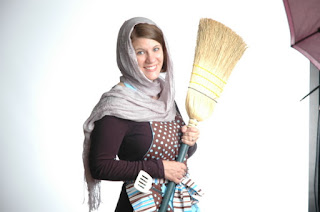 Rachel Held Evans– Not recommended. There are so many ways Rachel deviates from orthodox, biblical Christianity, It would be impossible to describe all of them, even briefly. Rachel denies the Bible’s inerrancy as well as its authority. She rejects the Bible’s teaching that a conscious knowledge of and faith in Christ is necessary for salvation (inclusivism). She supports homosexual “marriage” as well as the idea of calling practicing, unrepentant homosexuals Christians and including them in church membership. She mercilessly twists and misuses Scripture to the extent that it would be comical for its ridiculousness were it not so blasphemous. (Denny Burk has an excellent article that covers all of these issues in more detail.) Rachel believes in evolution. Rachel has, at best, mixed feelings about abortion, supporting the funding of Planned Parenthood and decrying “abstinence only” teaching in sex ed classes. Rachel is a staunch feminist, egalitarian, and promoter of “gender equality” in the church. Pick a biblical issue or doctrine. Rachel is almost certain to be on the unbiblical side of it.

Evans left her own, dishonoring, epitaph. To you who are angry at those publishing the truth while also offering proper condolences, the person with whom you should be angry is Rachel Held Evans and yourself. She created this monument of shame and warning people not to go near the garbage dump, whether in sympathy while she was living or now dead, is love. To hate those pointing to this heap of ignominious work which could still harm others, is to join her in perpetuating these lies against God’s truth.

There are no noble thoughts to be had with respect to Rachel Held Evans deliberate effort to become a polarizing figure in Evangelicalism, as the Washington Post reported, with her stream of destructive error. No one is denying anything she may have done aside from these things such as the mothering of her children and her commitment to her husband and family but the despised critics of Evans have expressed shared grief regarding the loss to her children, husband and family which you clearly ignore.

Rachel Held Evans, however, did not assemble her notoriety through calling attention to any common virtues rather, she chose her rebellion to sound doctrine to be the platform on which she would rise and now that she has died, it is upon this platform is seen in her expiration. How dare any of you condemn those rightly warning others of the very hill she built and upon which she died. She called attention to it day and night and now you detest those who do so in her death? Again, that was Evans' doing, not the scribes in speaking of her life and death.

And whether you know it or not, your outrage only confirms that was a barrow of scandal and disgrace otherwise, you would be silent and without protest. This was her endeavor of which she was proud. And now, when others call attention to it in her death as part of her identity you are angry? Again, shame on you and how dare you? You’re either a self-righteous, virtue signaling Pharisee or you are simply revealing the truth about your feelings while pretending, otherwise.

This was her mask, the one she wore and you want it hidden in her death? Did Rachel Held Evans tell you to hide this upon her death, to stay quiet about this thing she spent most of her energy creating? You all have no idea what you are doing other than pretending to care. You are clueless, absolutely clueless.

Rachel Held Evans built her mountain of error. She lived on it and made it her image. That is who she was. What you want is to lie and pretend she was something else. You need to think through just what it is you are doing and repent.

No one is happy at the loss to her family but her legacy of shame is her doing, not those rightly warning others but now they must warn other about you who wish the make secret, much of the life of Rachel Held Evans and pretend otherwise. God save us from those who would practice such deception and influence others in this manner.
at May 06, 2019

Hi Alex,
Have seen everybody from Francis Chan to Todd White endorse Mike Bickle and IHOP. I believe he is deeply immersed in contemplative prayer, and that ain't good.

God bless you and yours!

I'm glad you are up and running again. It's a long time since our discussions over your articles about Wartburg Watch & Co - a blog I have long since given up reading!

I think overall you are right with this one - the only exception being perhaps Pulpit and Pen, who I think were wrong to be so quick with their critique, and tended to judge Evans' standing with God where God alone knows this. She may have been right to rebel against some aspects of evangelicalism, but seemed to me to go further than this with an almost childish attitude of 'if evangelicals teach something, I'm going to oppose it'.

Her fans seem to be wanting all criticism muted, but Evans had strayed so far with a potential to do so much damage that it is surely right to put her legacy under the spotlight, with perhaps a very short interval for her funeral, and due sensitivity to her family.

Her death might just be a wake up call to so many who play fast and loose with biblical teaching, and perhaps they just might think and realise that they too will die and afterwards the judgement, a giving of account. True of all of us. That judgement will in essence be have we done what Jesus said, and woe to us if we have changed what he actually said to be what we thought he ought to have said. Including 1 Tim 2! A huge fan base will be of no use on that day.

John
It seems quite a number of Eva personalities are going down the rabbit hole. Chan was on that trajectory 10 years ago. He wants to live in 2 worlds as do these others.

The Wartburglers peaked and are satisfied with their niche audience of the perpetually wounded. I look now and then to see who their latest victim is. They still are offering just milk with crushed glass mixed in.

It's getting weird out there. P&P was in error to make a claim on Evans' eternal standing, I agree.

Alex - the Wartburglers. I love it! They can certainly burgle your time.

I took a look at their piece on the death of Evans. A one off. Little has changed, and I could never get involved with such a blog again.

I owe the Anglican church, the C of E, a great deal. I became a Christian there and received much excellent teaching through Dick Lucas in London - amongst others. Recently I found 'Anglican Unscripted' on youtube, three Anglicans discussing the state of the church and the world. Two Americans and a Brit.

One of them, Gavin Ashenden, left the Church of England two years ago having served within it for most of his life. The stated reasons were the church had gone one step too far in compromising, in particular the issue of homosexuality, and the follow on with transgender. I found Ashenden quite moving, as he clear loves the church, but the changes away from Christianity have gathered pace over the last 10 years, creating in effect another religion.

This is where Rachel Evans comes in. Hearing Ashenden brought it home to me just how egalitarianism really is the road to apostacy. It has paved the way for the whole gay compromise. This is visibly happening in the C of E, with those who hold to the bible increasingly dismayed at what they are seeing.

Worse is a totalitarian mindset, that has not only seen a massive change over women priests, but is now intolerant of anyone who by scripture and conscience cannot go along with this. You can no longer get a job as a minister in many diocese if you are traditionally minded.

So continuing putting Evans under scrutiny as someone advocating these very things is essential to the health of the church and the individual believer, and her adoring fans who don't or won't see this need to be countered. A thoroughly worldly way of thinking.

Thanks for your thoughts on this Alex. You’re right. Rachel made this mountain and did not back away from it. Where there is heresy it should always be refuted for the sake of the truth.

Alex A. Guggenheim
I am a "pedestrian Christian" and am enjoying my journey, particularly with my dear partner and spouse. Our family banner reads: "Some trust in chariots and some in horses, but we trust in the name of the LORD our God." Psalm 20:7. At the bottom of the blog you will find more about The Pedestrian Christian. To contact me please use the comments section.

Others Along the Path (engage with all discretion)

Resources Along the Path